Europe in brief: Brussels wants to protect the EU internal market in the event of a crisis and is preparing for a possible complete stop of Russian gas supplies

More EU news is available on the wire services of the respective news agency.

The EU plans to require manufacturers to give priority to European bids, rather than Chinese or American ones. Also important this week: Brussels is close to adopting a price cap that could affect the purchases of Russian methane while the Albanian government decided to subsidize the production of wheat in the country. 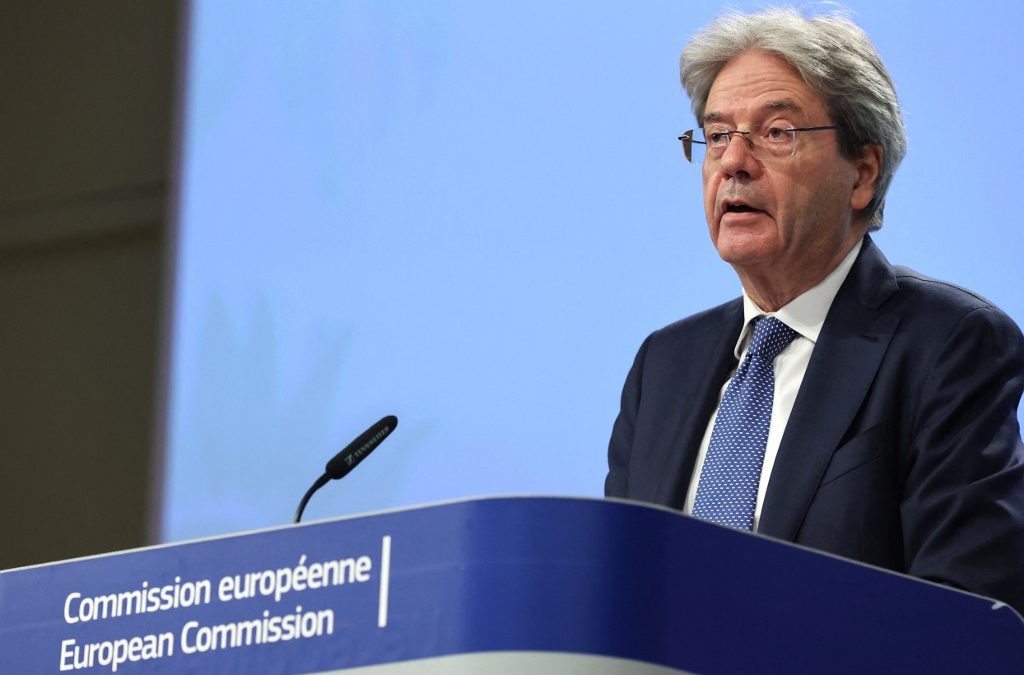 EU Commissioner Gentiloni: “The EU is ready to react”

Brussels (ANSA) – The EU is preparing for a possible complete stop of Russian gas supplies. It is also close to adopting a price cap that could affect not only the purchases of Russian methane but also the price of electricity. Talks at a technical and political level, also requested by the Italian President of the Republic Sergio Mattarella, are already scheduled for next week. “We expect Russia to respect existing contracts”, said the EU Economic Commissioner Paolo Gentiloni after Russian energy giant Gazprom announced an indefinite stop to the gas flow through the Nord Stream 1 pipeline which has intensified the crisis.

But even if Moscow’s “use of energy as a weapon” should continue, “the EU is ready to react”, Gentiloni added. He also touched on the question of the price cap. “The wall of divisions between the different countries is beginning to show breaches”, he said in an indication that the renewed proposal by EU Commission President Ursula von der Leyen of a gas price cap could move forward. “This would be a really big breakthrough,” said Gentiloni.

What is certain is that swift decisions are needed despite Gazprom’s assurances that supplies to Europe will be guaranteed at least in part through pipelines other than Nord Stream 1. The President of the European Council, Charles Michel, also demanded faster decision-making. He criticized von der Leyen for not yet having fully lived up to the demands of European leaders who had asked her to prepare joint purchasing, gas price caps and relief for households and businesses facing surging energy bills. (September 3)

Tirana (ATA) – Due to the war in Ukraine, the Albanian government decided to subsidize the production of wheat in the country. A fund of 500 million Albanian Lek (ALL) (4.2 million Euro) is being made available to wheat growers to enable them to increase their output. This decision taken in late July is Albania’s answer to the development of the grain price and the imposition of a ban on its export from many countries after the Russian invasion of Ukraine.

Through this measure, the minister of Agriculture and Rural Development, Frida Krifca, said wheat growers farmland exceeding 1 hectare – which account for the lion’s share of the market – will receive support of 30,000 ALL (255 Euro) per hectare. The subsidy will be paid to 7,300 farmers and the aim is to increase the area cultivated with wheat by 17,000 hectares to 70,000 hectares in the coming year. The government intends to double the production of grain in the country produced for trading from 60,000 tons to 120,000 tons. “This year’s production of wheat has been reached a record high of approximately 225,000 tons of grain, or half the amount we consume”, underlined the Minister. (September 2)

Brussels (AFP) – Brussels is expected to present a draft of a new instrument in mid-September to protect the EU’s internal market in the event of a crisis. It includes forcing manufacturers of strategic goods to prioritize the European market if necessary.

In the event of a critical shortage, the EU Commission would have the power to require manufacturers to give priority to European bids, rather than Chinese or American ones, under penalty of fines, according to a document seen on Friday by AFP.

This proposal, inspired by rules already existing in the United States, will be presented on September 13, a European source said. It will then have to be adopted by the European Parliament and the Member States, a process that will take at least several months, or even a year. (September 2)

Ljubljana (STA) – The Slovenian government has adopted a new package of energy legislation to respond to a worsening of the situation on the electricity and natural gas market. In addition to the proposals of the new gas supply law and the intervention law on emergency measures in the field of energy supply crisis management, it included the proposal for a guarantee law for energy companies.

The Minister of Infrastructure, Bojan Kumer, said the Proposal Law on State Guarantee for the obligations of Gen Energy and HSE, the two largest power suppliers in Slovenia, and Geoplin, the country’s largest gas supplier, have been drafted in recent days. These companies could need funds to cover short-term extreme liquidity burdens.

Washington (dpa) – The European Union (EU) is opening an office in San Francisco, California, to intensify cooperation with the US on digital issues. The region is considered a global center for digital technology and innovation. The start-up scene and technology companies of Silicon Valley and the renowned universities of Stanford and Berkeley are located there.

EU High Representative Josep Borrell described the plan as a “concrete step to further strengthen the EU’s work on issues such as cyber and hybrid threats, as well as foreign information manipulation and interference.” The activities of the EU office in San Francisco will include promoting EU standards and technologies. The European Council recently agreed to improve coordination on the challenges posed by new digital technologies. (September 1)

This is a compilation of the European coverage of enr news agencies. It is published Wednesdays and Fridays. The content is an editorial selection based on news by the respective agency.